Hey Everyone & Welcome all my beautiful readers and followers!!

I finally finished my most recent book that I actually won as part of a giveaway and today I’m going to give you a few little thoughts of mine on this book.

My darling Cecilia, if you’re reading this, then I’ve died…

Imagine that your husband wrote you a letter, to be opened after his death. Imagine, too, that the letter contains his deepest, darkest secret—something with the potential to destroy not just the life you built together, but the lives of others as well. Imagine, then, that you stumble across that letter while your husband is still very much alive. . . .

Cecilia Fitzpatrick has achieved it all—she’s an incredibly successful businesswoman, a pillar of her small community, and a devoted wife and mother. Her life is as orderly and spotless as her home. But that letter is about to change everything, and not just for her: Rachel and Tess barely know Cecilia—or each other—but they too are about to feel the earth-shattering repercussions of her husband’s secret.

Acclaimed author Liane Moriarty has written a gripping, thought-provoking novel about how well it is really possible to know our spouses—and, ultimately, ourselves.

I had never read any of Liane Moriarty’s books before, but seeing the imprint of the HBO Limited Series Big Little Lies I had actually seen some previews for that, but wasn’t sure if I’d be all that interested. Not sure I still would be, but I was really captured into this book.

For each of the 3 main female characters I almost felt bad for each of them because in some way or another neither of them was really living their lives. They seemed almost stuck either in time, behind another person or just not able to see what was going on.

First, Cecelia seemed more interested in being the Soccer Mom type, the boss of Tupperware and my husband is perfect & makes all the money, but never really paying attention to much else, like she was in a fog and playing the perfect housewife.

Then there is Tess who pretty much lived her life it seemed through her cousin Felicity and never really thinking for herself because she was so attached to her cousin, possibly because she felt sorry for her or that she just didn’t know how to handle certain situations in life.

Last is Racheal who was literally trapped by the death of her daughter and constantly blaming a man who had nothing to do with her death. Not paying any kind of attention to her son and daughter in law who were still there for her and was trying so hard to understand her only for Racheal to push them away.

As far as the male characters of this book goes they seemed more desperate than any women I’ve ever known, including myself. All because they are trying so hard to keep their secrets from their wives and possibly loosing their families. The only male character that seemed more together than the husbands was the gym teacher and even he was doing therapy for his own bothersome issues.

All in all this book really does capture you as the reader and even though there are 59 chapters to the book, you may not want to stop reading. There is literally so much drama going on, it almost makes your head explode, but it also makes you ask yourself the question if this were happening in my family what would I do??

I also really liked how the author ended the book in the “Epilogue” because she tells you what had REALLY happened to some of the characters versus what was happening in the story. So if everyone had known the real truth none of the issues among the families would have even occurred.

I decided to keep this short and sweet as I didn’t want to give too much of the book away.

Have a FANTASTIC DAY!! ❤

One thought on “the Husband’s Secret by Liane Moriarty”

There was an error retrieving images from Instagram. An attempt will be remade in a few minutes. 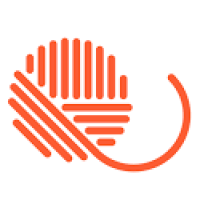 Writer, Explorer, Chef, Homemaker, well, the list goes on. Life's mantra "A smile is a curve that sets everything straight !!"

An olive girl reviews some bright and colorful makeup

See what I'm loving at this drugstore this week...

For the love of floral!

Unlock your inner geek and step inside!

A beauty and lifestyle blog